The British Army Award for Large Employer of the Year 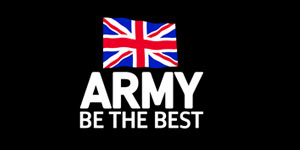 The British Army sharpens its adaptable edge, its people, by providing opportunities for through life professional and personal development. Each year, thousands of recruits join the Army and benefit from a wide range of formal and on-the-job training and education that forms an integral part of career progression and Army life.

"Apprenticeships are vital in a modern workforce as they allow our soldiers to gain knowledge, skills and expertise, which culminates in a formal qualification. Apprenticeships are therefore the bedrock of a professionally qualified Army."

"In the British Army, we view people as the Army, not in the Army, so we are passionate about our soldiers’ professional development."